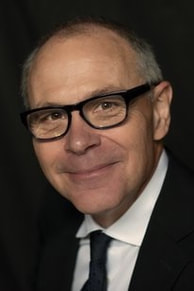 John Derrick started to mediate cases on appeal in 2008 when he went on the Court of Appeal mediation panel in Los Angeles. He now privately mediates appellate cases throughout California and beyond.

John’s specialized mediation practice draws on his experience as an appellate lawyer who since 2005 has litigated over 150 appeals — including 22 resulting in published decisions — and has consulted in countless others. He is certified as a Specialist in Appellate Law by the State Bar of California’s Board of Legal Specialization.

John completed the top-rated, intensive mediation training program offered by Pepperdine’s Straus Institute of Dispute Resolution (“Mediating the Litigated Case”). He received his law degree from the University of California at Berkeley. And he received his undergraduate degree in philosophy, politics and economics in Britain from the University of Oxford, graduating with First Class Honours, the highest class of undergraduate degree awarded by that university.

John was the 2014-2015 Chair of the California State Bar’s Standing Committee on Appellate Courts, and from 2011-2013, he served as Editor-in-Chief of California Litigation, then the journal of the Litigation Section of the State Bar. He later served on the Executive Committee of the Litigation Section of the California Lawyers Association. He has also taught as a practitioner-advisor in the Berkeley Law Appellate Advocacy program, tutoring some of the nation’s brightest law students in the art of brief writing and oral argument. He is a Settlement Master at the Santa Barbara Superior Court.

​Before entering the legal profession, John founded, operated, and sold two specialized information publishing businesses in the US and UK, one of which was acquired by one of the world’s largest publishers. During his business years, he took a year out to serve as Special Adviser to the Energy Secretary in the UK Cabinet.

John holds US and UK private pilot licenses and has an FAA instrument rating. He is a keen traveler, who has visited 94 countries — often reaching remote regions — and is aiming for 100. In normal times, he runs half marathons at least six times a year.
​